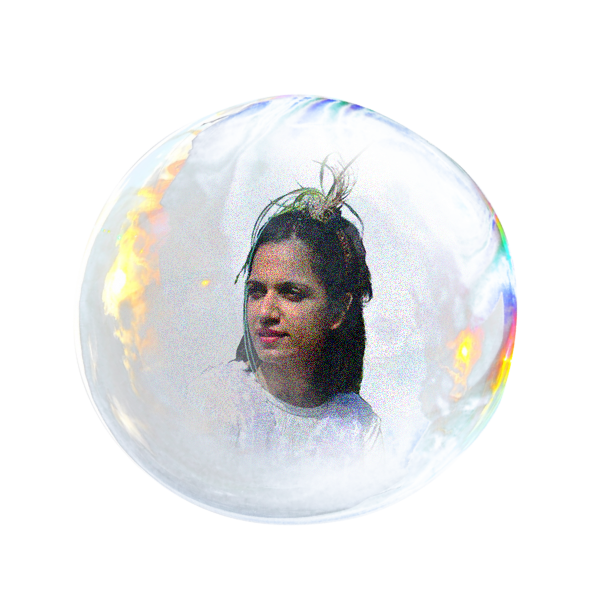 Khushboo is a systems thinker, designer, futurist and process facilitator. With Ellen Anthoni, she co-founded BrusselAVenir in 2019, a citizen lab that facilitates collective imagining and depicting of future narratives with and for the people of Brussels. The concept of BrusselAVenir was born out of the needs that emerged from her previous projects around strategic design, city innovation, citizen participatory practices and collaboration models. She felt the need of co-imagining new shared narratives that can help to comprehend the complexity of the city, its challenges and that can trigger conversations that don’t usually happen.

In her recent work “20:30 Bruxsels Talks: A radio talk show of the future”, Khushboo attempts to make the vastness and complexity of an eco-social future understandable and relatable through storytelling. Set in the year 2030, the show embodies a futuristic radio form where there are reminiscent throwbacks of the past; contemporary breaking news; live music; and interviews with influential members and citizens of 2030’s society, all with the aim to trigger action and higher quality conversations.

She arrived in Brussels in 2012 to work at Strategic Design Scenarios, a design lab specialised in strategic design, scenario building, co-design and foresight. Later as part of her MA studies in Strategic Design at Politecnico di Milano, she wrote a thesis entitled “Future of work in sustainable living 2050. Through this interactive design work she stimulated a strategic conversation among policy-makers, educators and researchers on the conditions for the creation of new ways of work in sustainable living. Brussels adopted her since then. She was a Ouishare Brussels connector from 2013 to 2019. On a global Ouishare level, she led Ouishare Fest 2015 & 2016 communications. In 2016, she co-authored the Sharing Cities Book by Shareable that was incorporated into the curriculum of multiple universities and several policy makers are actively using the book for policy suggestions. In 2017, she co-founded Civic Innovation Network, a Brussels-based lab to foster unforeseen collaborations that can tackle the systemic challenges of the city by connecting people, projects and communities. In 2018, she became a founding member of Plurality University Network, a global, open organisation that connects the artists, designers, utopians and activists who use the power of imagination to enable alternative futures.

Her everyday work spans from creative research, analysing systems, designing futures interventions, teaching, writing, storytelling of futures and facilitating critical reflections. An Indian living in Brussels, she has always appreciated plural perspectives, her intuition is her strong guiding force and she loves to embrace uncertainty.